The origin of this project lies in the ‘difference’; in the irruption of desire over norms. It arises from the tension between common sense (the established, agreed, dictated or negotiated) and the absurd (the ambivalent, laughable, subjective, forcluded, abject or disturbing); from the normative behavior towards its fracture – same that takes place in the performatic act; in the irruption of an agent who affirms himself before others from his own otherness. It is about several performances performed as a voice or song that transports the collective perception towards intoxication; a trance-ritual that transmits a message outside the symbolic order.

As I write every next word in this text, I am faced with the challenge of making it an archival document or letting it disappear until the reader’s attention becomes a burden and subjective images begin to emerge. It is an exciting and absurd challenge. It requires delicacy but also spark. It is like a game of looks where each word that is pronounced must encourage what those looks can not and can never say. (The four-letter cat will mean again and again the furry four-legged animal with a mustache). I write footnote; with a very small one on the upper right side of the parentheses; it is a phrase of Peggy Phelan. The words have started to get heavier so I’ll get to the point:

Repetition is a substantial act in performatic practice and the artists included in this project are not the exception. It is a resource they use to invoke trance and break the structure of the act of observing in public. As it happens in many other practices, to make performance is to break with oneself from another same person who wishes not to look in the mirror but to transport in an act the memory of a collective. However, what makes it possible to differentiate the performance practice from the performativity in other disciplines?

«The body is sung, the gesture is pronounced, the voice becomes matter», a sample of how this effort to write about the performatic can become unsuccessful at the first attempt, perhaps due to lack of practice or the absence of a body or a situation that replaces the tempo of this reading. However, I am committed to communicating in words what this exhibition proposes.

The effects of pressure and sudden ejection show performance as a survival practice. As a survival of the voices that threaten and hide; to the moral codes that conduct conduct, which regulate bodies; to the ghosts of power that predominate the symbolic order, subjectivity, pleasure. How to assert yourself against the power of consumption? Accepting as a cultural object is the right choice and perhaps the most effective exit? When doing performance, the subject has before him the option of behaving like several ‘others’. Not to be an individual regulated by its context but to make a context from another place.

Repeat to affirm what has been denied a thousand and one times until the words of the language belt escape; to be able to observe what is hidden behind the forms of behavior; to feel how that flaw of the symbol is detached and subjectivity, sensation and overflowing fantasy are flown. Fortunately, one of the slopes of laughter is repetition and, as such, is a repetition of laughter that hides and contradicts what we can not repeat. This project presents situations that respond to contradictions of the cultural context in which they have been thought: a snack that becomes satire, insults decomposed and incomprehensible, characters with ambivalent desires, patterns with limited resources, love compulsions and overexposed genitalia.

As I go forward I exhaust the reader’s patience; I promise I’ll be brief. Once presented as a performance, the projects will have a split in space and time. Each artist will take a step towards the inevitable exercise of ‘archiving’ their work. The incognita of the format is the only certainty we can have for now, knowing that we will be able to experience the materialization of something unrecoverable and that, fortunately, can not be reproduced as such but as a repetition that requires a memory failure and a narrative substitute accordingly.

Archive and repertoire Diana Taylor, in her introduction to advanced performance studies , argues that the practice of
performance can be conceived from two places, proposing the archive and the repertoire.

“The memory of the archive is recorded in documents, literary texts, letters, archaeological remains, bones, videos, diskettes, that is, all those materials supposedly resistant to change. […] The repertoire on the other hand consists of the body memory that circulates through performances, gestures, oral narration, movement, dance, singing; it also requires presence: people participate in the production and reproduction of knowledge by being there and being part of that transmission. The body memory, always live, can not be reproduced in the file […] ”

From this proposal, the project presented by The Engine Room is structured in two parts: the repertoire consists of a week of public performance that will be presented at Biquini Wax, on the Jumex Museum esplanade as part of the project Proposals for a place by Fritz Haeg and Nils Norman and on a tour starting from the Moorish Kiosk from June 2nd to 9th. The archive , which will be held at the Galería Hilario Galguera, will be open to the public from June 9 to August 17, 2018.

The project, rather than proposing to find points in common among the artists, aims to show the differences that each one of them faces in the socio-cultural context within which they develop their practice; creating a dialogue from the possible points of disagreement that invites the public – both present and absent – to do an exercise of memory and blindness. The exhibition aims to articulate the subjective memory (live experience) versus the narrative encounter (archive experience).

The effects of pressure and sudden expulsionit alludes to the lack or absence of a ‘something’ that can not be pronounced but can act; of a subject who needs to make his wish public from his own body. Hence, it is not possible to delegate the performative act to others, since it is loaded with a force that is at stake and must be executed personally. Delegate the performance is an unusual practice in the artists of this project. All of them face their desire by capturing the attention of the public with various strategies that collide with each other from shaking, shaking, compressing or adjusting their bodies to various forms of physical and emotional pressure. If I have to mention one point in common between all of them, it would be the need to refuse to be classified and to oppose the dominant agents of the genre, historically subjectified and sedimented in the unconscious. And it is precisely this sedimentation that shapes the materiality of his fantasies. Such expressive force takes forms that adapt and break the limits that normativity imposes on our behavior; It is always necessary to make a performance of what is socially denied and instrumented to disappear.

We Always Carry Our Body started at Kiosko morisco and ended in the gallery. 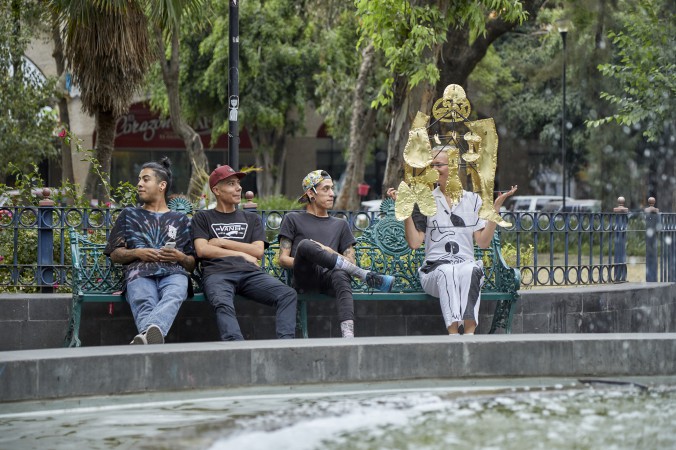 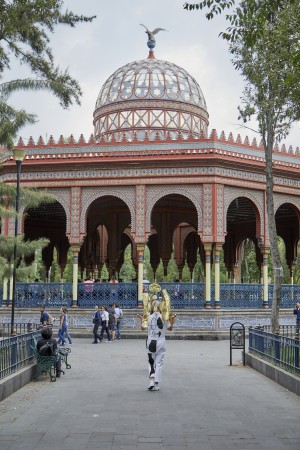